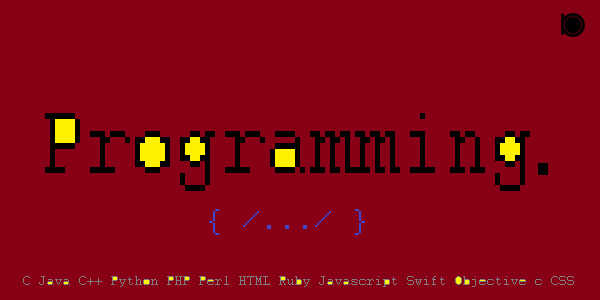 In this topic we will learn about the basis of the programming language and its concept.

Programming languages are categorized into different levels as per their evolution.

The high level language are close to programmer. High level languages are more user friendly for the development of programs. They are easy to understand and are later converted into machine language for the further processing. High level language are English like language that makes programming more readable and easy to debug then they are translated into machine language by various translators like compiler and interpreter. They do not interact directly with the hardware. Rather, they focus more on the complex arithmetic operations, optimal program efficiency and easiness in coding. Programming languages such as C, C++, Java, Python, Swift etc. are some examples of High Level Language. 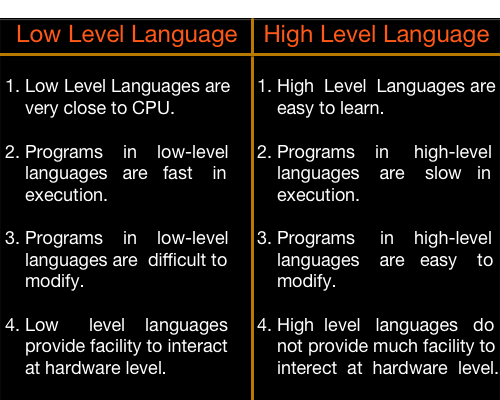